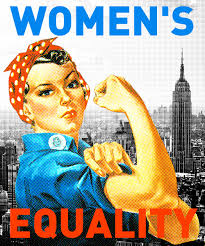 Join us for our annual Women’s Equality Day meeting in San Francisco at the African America Arts and Culture Complex, Hall of Culture!

The San Francisco Department on the Status of Women (SFDOSW) and Women’s Intercultural Network (WIN) invite you to join us for lunch celebrating the 93rd Anniversary of US women achieving the vote, honoring key social justice activists, with provocative conversation, good food and great networking. We will also acknowledge the 25th Anniversary of the March on Washington in process in DC also.

Forum tables on the issues driving California women with policy activists, legislators, interested media, corporate partners and everyday women and girls of all ages and cultures

Every five years we ‘reboot’ our agendas for a California and US Women’s Plan of Action that go to the global agenda at the UN. This is a critical year to launch an effort for the most important gathering of women since 1995 – a celebration of Beijing+20 in 2015.

Join us on August 24th and hear about a game plan for the first grassroots US Women’s Plan of Action since 2000 and for San Francisco’s leading role in the first National Women’s Conference since 1978. We are launching a REBOOT of the US WOMEN’S PLAN OF ACTION that will go to the UN Beijing+20 Review and give women and girls a stronger voice in US and global deliberations.

The discussions that we hold and the stories we hear on August 24th will be included in these Action Plans. We need to hear the voices of all California women and girls and YOUR VOICE COUNTS.

See last year’s Equality Day page for an idea of the energy generated by participants with some of the outcomes. (www.win-cawa.org/events/wed.html)

This event is ideal for women’s groups and anyone interesting in advancing women’s equality!

Error: Twitter did not respond. Please wait a few minutes and refresh this page.